It’s no secret that we’re huge supporters and fans of the Connecticut Chapter of ASHRAE. We encourage our employees to become members and more importantly, become active volunteers within the organization. Over the last several years, the CT Chapter has hosted a golf outing in the spring. We’re proud to report that Flow Tech was heavily involved in the participation, the support, and the planning of the event. 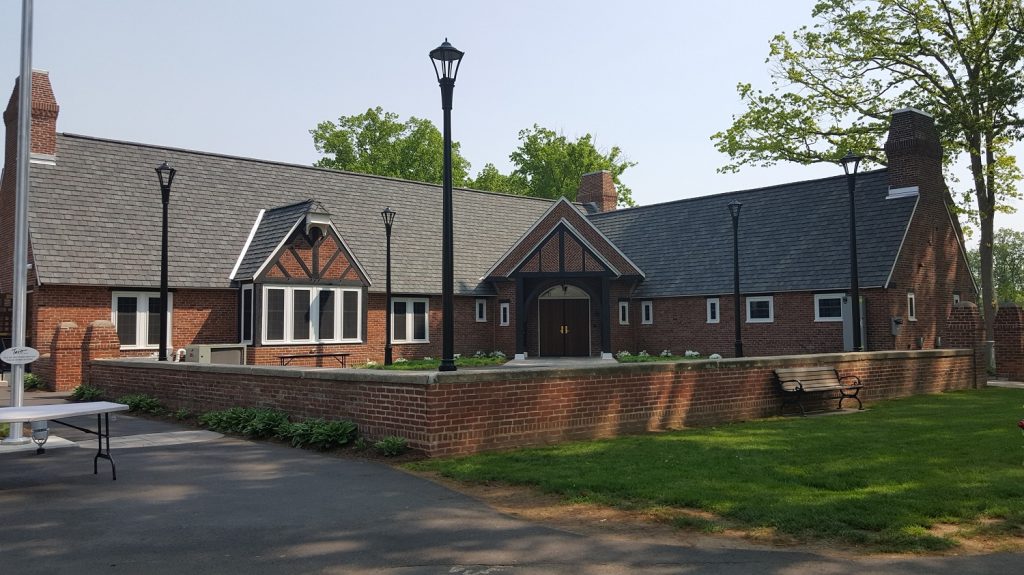 Keeping with the tradition of the last couple years, the Outing was held the Friday of Memorial Day weekend which happened to be May 25th this year. Golfers and volunteers alike find this to be a great way to get an early start on an already long weekend! Participants were able to get an even earlier start this year due to an earlier scheduled shotgun start of 8:00 AM. The change in tee time was a result of a change in venue. The Keney Park Golf Course in Windsor, CT was the location for this year’s outing and let’s just say everyone was very pleased with the new location! The morning was bright and sunny as Flow Tech’s Nichole Petersen and Kevin Wixom arrived at the course to set up registration and sponsorship signage. As golfers arrived they helped themselves to breakfast sandwiches and coffee before settling into their Flow Tech-sponsored golf carts. 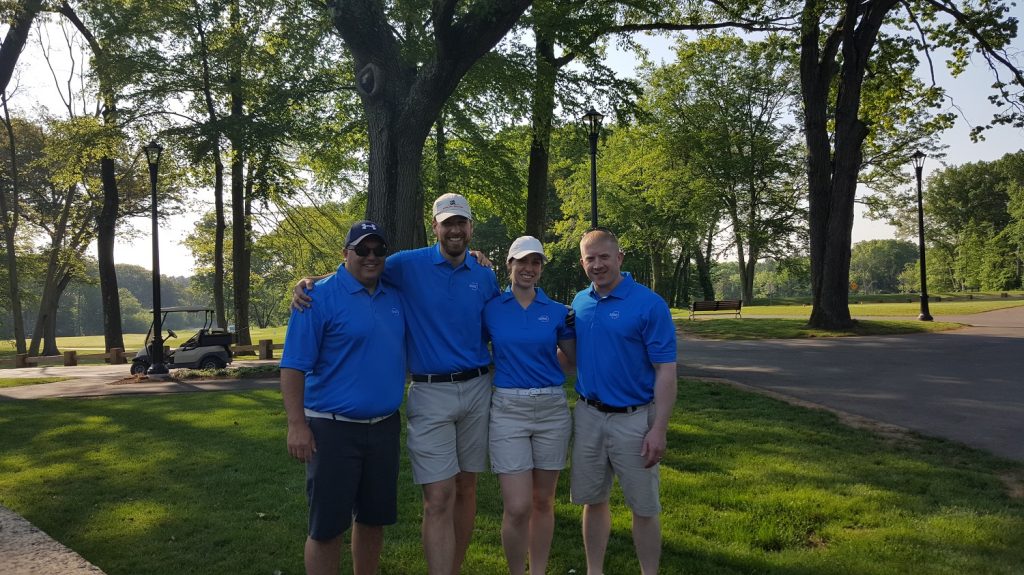 Players could register as a single player or a foursome for this scramble-style event. Flow Tech’s Mike Daivs invited some of his engineering customers and fellow CT ASHRAE Board Members to join him on the course. Eric Fontaine of van Zelm Engineers, Jason Urso of Tighe & Bond, and Ashley Keller of CES completed Mike’s foursome. We had a second foursome led by Evan Benoit, one of our up and coming Sales Engineers. He invited ESC’s Chris Synakoski and Dennis Hill along with Centek’s Carl Pappalardo to play on his foursome, Both teams had a lot of fun and even had a friendly competition to see which foursome would do better. 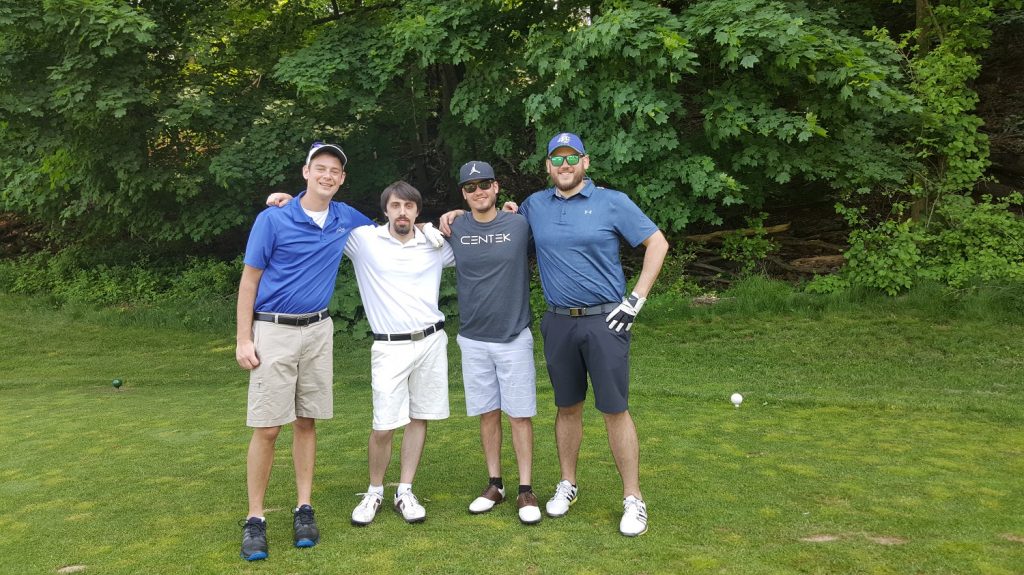 Aside from being the official Golf Cart sponsor, Flow Tech was also the unofficial refreshment provider and photographer. Nichole and Kevin spent the day riding around the course capturing the day’s memories while handing out cold beverages to thirsty golfers. Let’s just say they were pretty popular on that hot day! 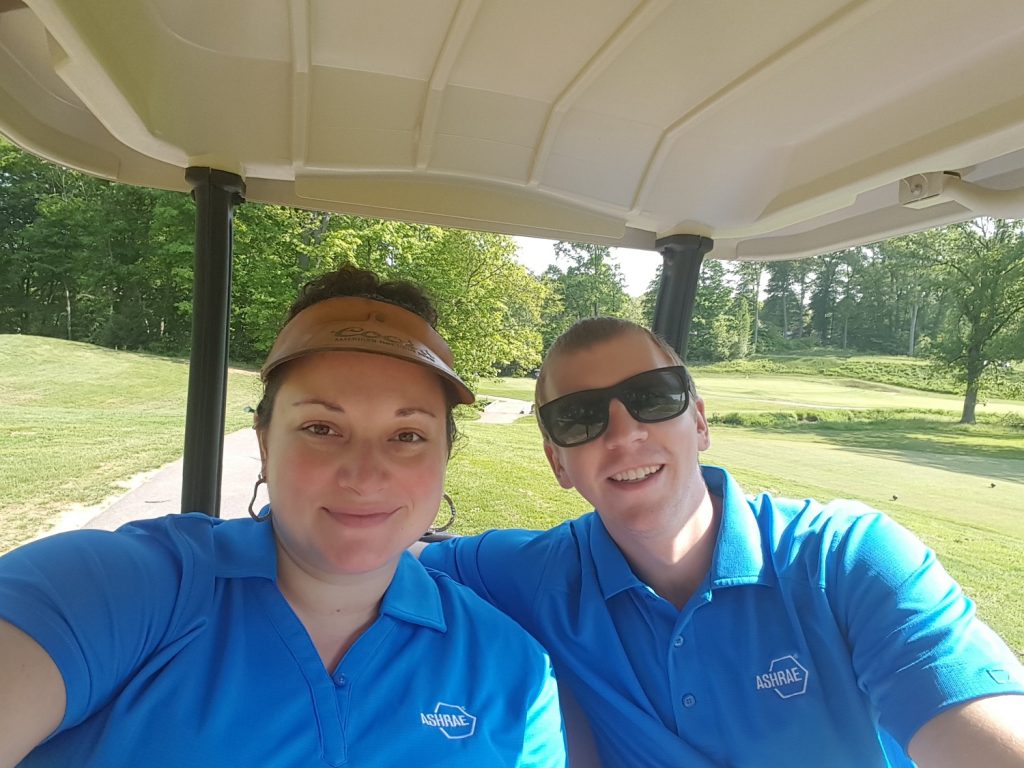 Nichole and Kevin the unofficial photographers and refreshment providers.

The day flew by and soon it was time for golfers to head back to the clubhouse for an open-bar cocktail hour and a lunch reception. A buffet-style lunch with a carving station was included with each player’s registration. During lunch, the winning team was awarded their prize along with Longest Drive and Closest to the Pin awards. After lunch, the raffle prizes were announced along with special thanks to sponsoring firms. The day concluded with Flow Tech’s volunteers and players posing for a CT ASHRAE Board picture. Due to overwhelmingly positive feedback, the Chapter plans to book next year’s Golf Outing for the same tee time and location. The event date for the 2019 Outing will most likely be Friday, May 24th. 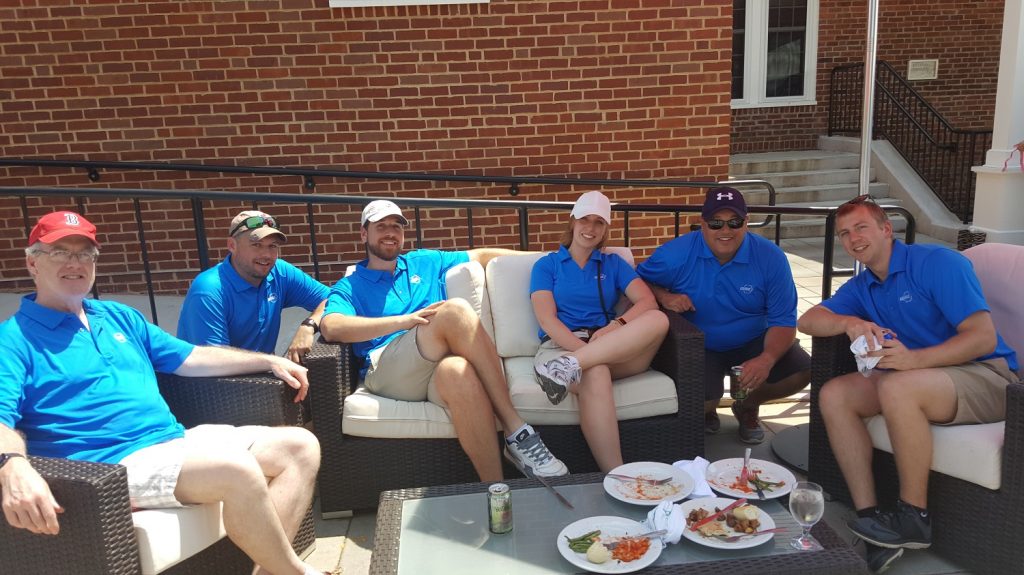 Golfers and volunteers hanging out after lunch.

About ASHRAE
ASHRAE is the premier international society for the advancement of heating, refrigeration, air conditioning and ventilation sciences. With over 150 individual chapters, ASHRAE sets the standards and funds research and promotion among the HVAC&R industry. Flow Tech, Inc. is a proud member of the international society and is happy to have several employees as individual Connecticut chapter members, some of which hold office on the board. The Connecticut chapter is one of ASHRAE’s oldest chapters, dating back to June 1940.

CT ASHRAE Board and Volunteer Photo.

For more information about the Connecticut Chapter of ASHRAE please visit their website. If you’d like to view all of the pictures taken during the outing please visit CT ASHRAE’s photo gallery. To get involved in next year’s tournament email Brandon Bradley, or for information about sponsorship email the sponsorship committee. If you’d like to find out more about Flow Tech’s involvement in the chapter please reach out to us. You can also find updated information on our website. Don’t forget to follow us on social media: Twitter, LinkedIn, Google+ and YouTube.